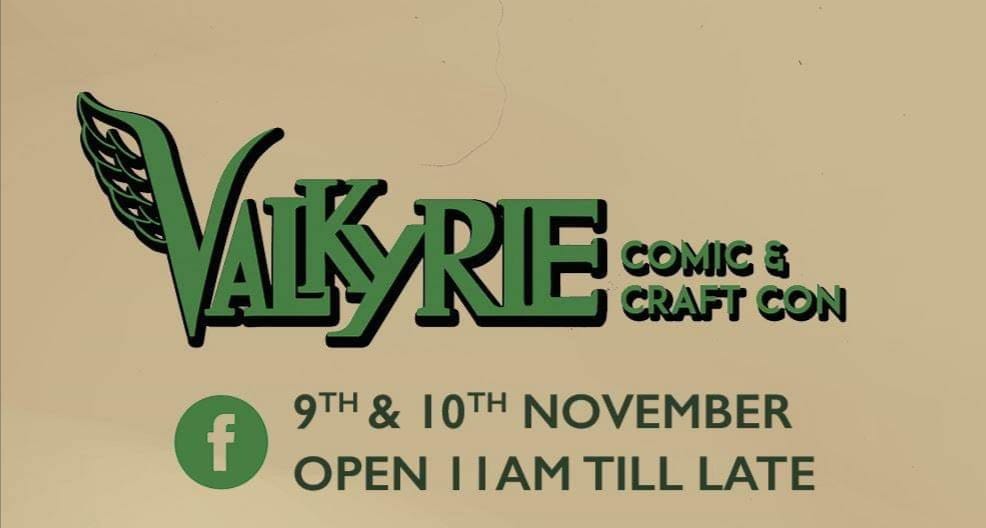 Valkyrie has returned for its second year bigger and better than before. Now being held over two full days hosting all your favourite comic creators and retailers , crafters, fun music acts, art instillations and everything in between.

Valkyrie Comic and Craft Con is Ireland’s first female led, all inclusive Comic convention .Our aim is to showcase the best of what Ireland has to offer in its amazing creative industry, especially its kick ass women. But dont worry guys your welcome too.

Valkyrie Comic and Craft Con is a launching pad for all women in the creative industry. If you’re a writer, an artist, a crafter, a creator, a musician or anything in between, we want to be here to help you shine. And don’t worry guys we are here for you too should you want to come on board.
Valkyrie is the brain child of Thomond Comic’s, a female run creative collective who’s aim is to connect writers and artists of all ages and backgrounds with the hope of creating epic comics. Working in the industry since 2016, Thomond Comic’s has run the gauntlet that is the small press and convention scene in Ireland and survived. On this journey they made some epic contacts and more friends than you can shake a stick at.
Valkyrie Comic and Craft Con is the next stage in Thomond Comic’s mission to take over the world one comic at a time. So, if you like the sound of our convention or just our connections, drop us a line.
thomondcomics@gmail.com
Find Accommodation